Bittium´s net sales in 2015 grew by 7.8 percent year-on-year to EUR 56.8 million (EUR 52.7 million, in 2014). The growth in net sales was mainly driven by the deliveries of special terminal products and related R&D  services, as well as other products for authorities use.

The share of the product-based net sales was EUR 13.1 million (EUR 14.1 million, in 2014), which resulted mainly from the product deliveries of the tactical communication system to the Finnish Defence Forces and from a similar but small pilot system delivery for a customer abroad, as well as from the deliveries of other terminal products for the authority use. The decrease in the product-based net sales was caused by the decrease in the amount of product deliveries to the Finnish Defence Forces compared to the previous year.

Operating profit from continuing operations was EUR 2.3 million (EUR 0.8 million, in 2014, including the non-recurring income of EUR 1.1 million resulting from the reorganization cases of the TerreStar Companies, approximately EUR 0.6 million non-recurring costs resulting from Wireless Business Segment´s personnel layoffs and from the acquisition costs of SafeMove business). The operating profit includes EUR 0.4 million

costs related to the change of the company name. The improvement in the operating result was due to the growth in the net sales and slightly higher gross margin than usually. 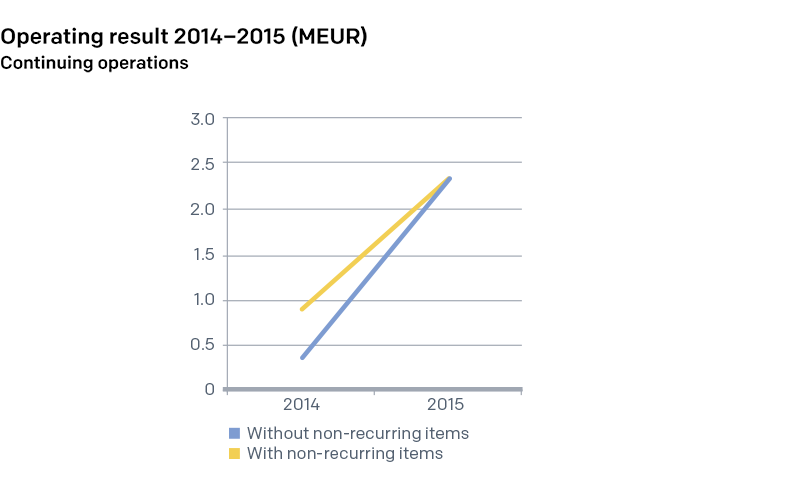 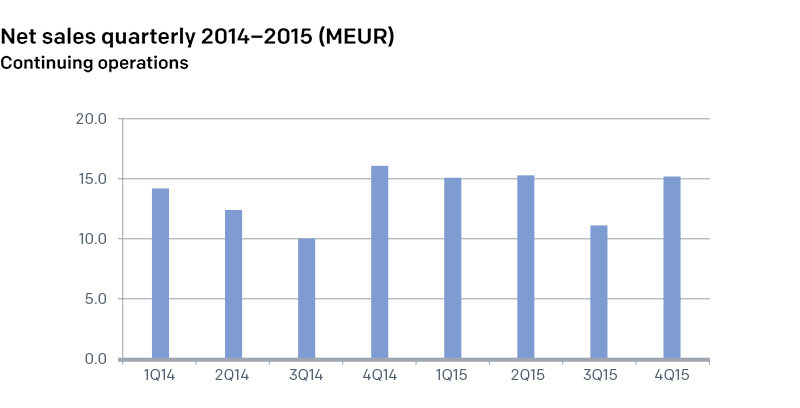 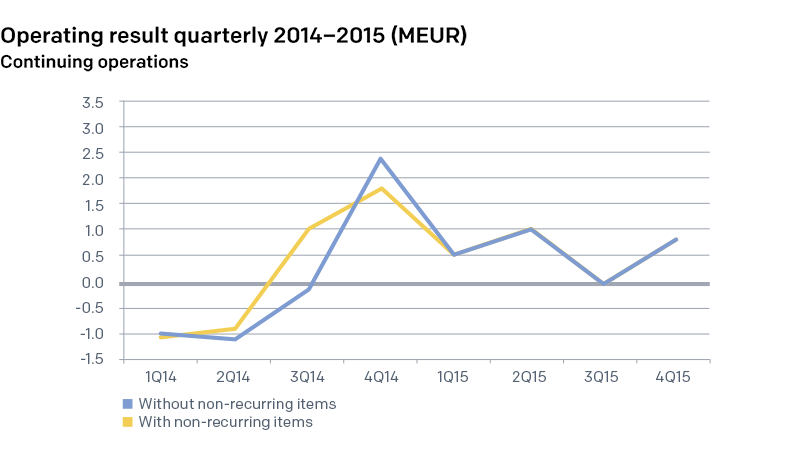